“Your cold mornings are filled with the heartache about the fact that although we are not at ease in this world, it is all we have, that it is ours but that it is full of strife, so that all we can call our own is strife; but even that is better than nothing at all, isn’t it?

And as you split the frost-laced wood with numb hands, rejoice that your uncertainty is God’s will and His grace toward you that that is beautiful, and a part of a greater certainty, as your own father always said in his sermons and to you at home.

And as the ax bites into the wood, be comforted in the fact that the ache in your heart and the confusion in your soul means that you are still alive, still human, and still open to the beauty of the world, even though you have done nothing to deserve it.

And when you resent the ache in your heart, remember: You will be dead and buried soon enough.” ― Paul Harding, Tinkers. (Bellevue Literary Press January 1, 2009) Winner of the Pulitzer Prize for Fiction 2010

Here on the central coast of California, we look forward to a green, rather than white, Christmas. While we love our golden hills of summer, we crave green in the winter. During last year’s drought our summer hills turned dun. Even the golden grasses dried up and blew away, and this lasted through winter. But this year our green came early and I’ve been revelling in it.

Here are some recent photos of the green-wonderland behind our home.

My husband and our dog Mitzy. 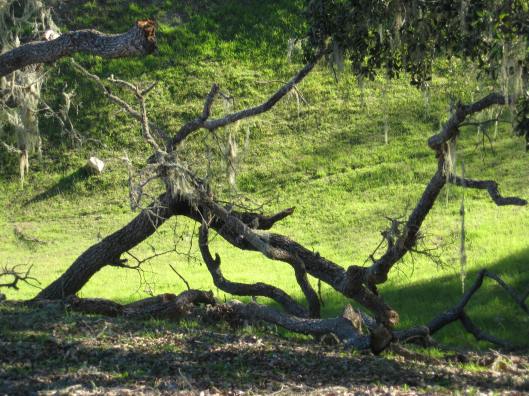 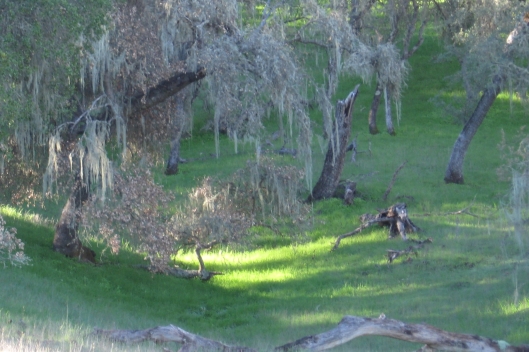 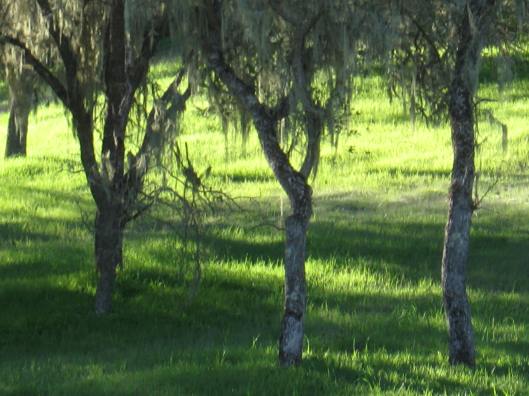 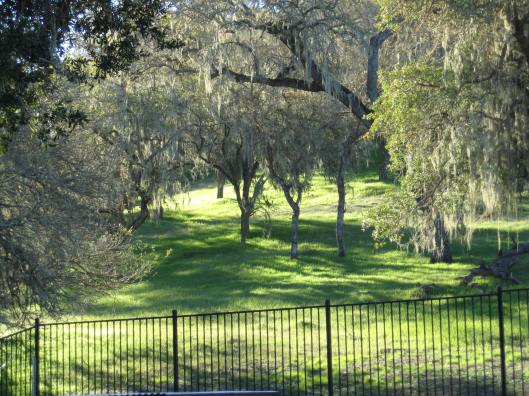 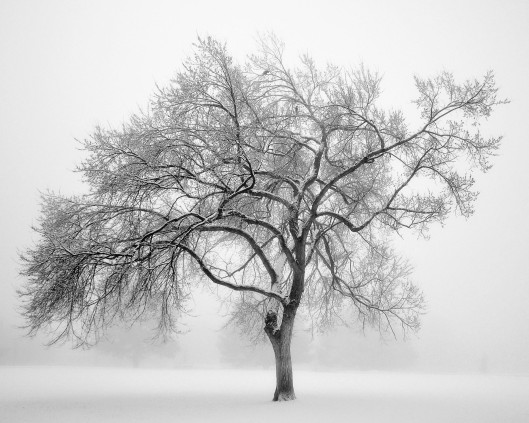 I fell in love with Wallace Stevens’ poetry when I first read “The Idea of Order at Key West” in a freshman literature class so long ago. I think that’s when I knew for certain I was a writer, whether I ever wrote a word or not, because I was, we all are, that woman:

She was the single artificer of the world
In which she sang. And when she sang, the sea,
Whatever self it had, became the self
That was her song, for she was the maker. . . .
. . .there never was a world for her
Except the one she sang and, singing, made.

What we experience in the world, the world as we know it, is always to some degree a creation of our own imaginations, the objective world (reality) filtered through our subjective experience of it. And there’s beauty and mystery and grace it that.

And yet, and yet . . . . There is too that “mind of winter” that Stevens also writes about. The sense that we can get at the thing in itself, without the cloud of imagination, the subjective, standing between it and us, as he writes about here in “The Snow Man”:

One must have a mind of winter
To regard the frost and the boughs
Of the pine-trees crusted with snow;

And have been cold a long time
To behold the junipers shagged with ice,
The spruces rough in the distant glitter

For the listener, who listens in the snow,
And, nothing himself, beholds
Nothing that is not there and the nothing that is.

There’s a sense that if we cultivate “a mind of winter,” a mind stripped down, bare and essential; pristine, without artifice; the mind that is and is not at the same time; that can hold equally two opposing thoughts at the same time and rest in the still center; that “beholds nothing that is not there and the nothing that is,” then we may see things as they truly are and not as we create them to be.

But to do that, you have to become it. Become the snow man, literally, no-mind, no-thought. Leave “I” behind and become the frosted junipers. Become the night sky. Become the sea. To truly behold things as they are, we have to “behold” it—-be it and hold it at the same time.

That’s what I’m trying to do, in my life and in my writing, in whatever meager way I can. Cultivate a mind of winter, be what I behold. Be it and hold it—-all at once. And by doing that, coming to know it, for the first time.