I crush her against me. I want to be part of her. Not just inside her but all around her. I want our rib cages to crack open and our hearts to migrate and merge. I want our cells to braid together like living thread.

Full woman, fleshly apple, hot moon,
thick smell of seaweed, crushed mud and light,
what obscure brilliance opens between your columns?
What ancient night does a man touch with his senses?

Loving is a journey with water and with stars,
with smothered air and abrupt storms of flour:
loving is a clash of lightning-bolts
and two bodies defeated by a single drop of honey.

Kiss by kiss I move across your small infinity,
your borders, your rivers, your tiny villages,
and the genital fire transformed into delight

runs through the narrow pathways of the blood
until it plunges down, like a dark carnation,
until it is and is no more than a flash in the night. 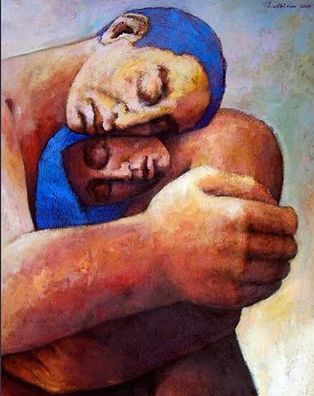 Where did love begin? What human being looked at another and saw in their face the forests and the sea? Was there a day, exhausted and weary, dragging home food, arms cut and scarred, that you saw yellow flowers and, not knowing what you did, picked them because I love you?

love is the voice under all silences,
the hope which has no opposite in fear;
the strength so strong mere force is feebleness:
the truth more first than sun more last than star 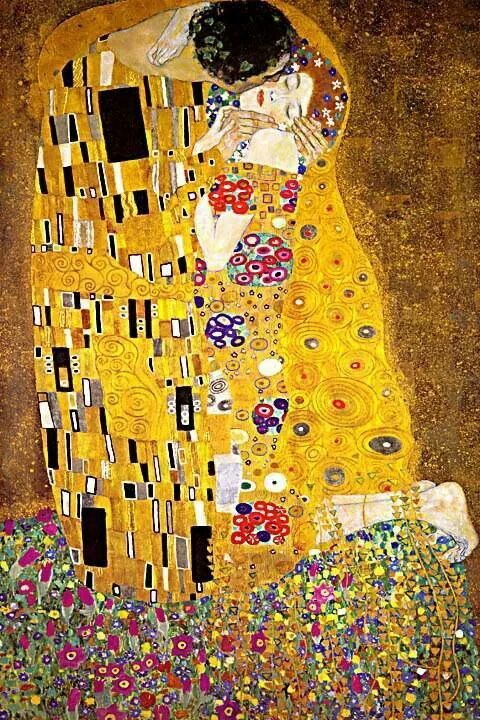 “The Turning of the Tide” by Charles Dana Gibson

I’m reprinting a post I wrote two years ago, the first to be Freshly Pressed. Hope you enjoy it.

They say opposites attract. That was true when my husband and I first met. I found in him everything I felt missing in myself—he was strong and brave, adventurous, self-confident, practical, capable, a man of the world. I was shy, timid, uncertain of myself, a romantic, an idealist, inexperienced. I was a senior in High School. He was a marine returning home from two years in Viet Nam. I thought I had found my soul mate, we seemed to complement each other so well, like two halves of a whole, yin and yang.

The truth is, we were just what we needed at the time. This dark, moody often angry young man who could also be so sweet and loving fulfilled a romantic yearning in me to sooth the savaged soul—Beauty and the Beast, after all, had always been my favorite fairy tale. And he was sorely needing the sweetness and innocence he saw in me, after the things he had witnessed in war. We fit together perfectly in each other’s arms. We still do.

But now I no longer believe in soul mates. I discovered that all the things I was attracted to in him, that seemed to be missing pieces of me, were really undeveloped parts of myself, and a sense of “completion” could not come from outside me but from within. Once I realized that and began to discover that I too was strong and brave, adventurous, self-confident and capable, I no longer yearned for a soul mate. I could stand upright and free even while fully committed to our marriage. We did not need each other, but we chose to be together. We were committed to creating a life that we both could love and enjoy together.

I had always loved what Kahlil Gibran in The Prophet had written about marriage, and came to see the wisdom of his words:

“Let there be spaces in your togetherness. And let the winds of the heavens dance between you. Love one another but make not a bond of love: Let it rather be a moving sea between the shores of your souls. Fill each other’s cup but drink not from one cup. Give one another of your bread but eat not from the same loaf. Sing and dance together and be joyous, but let each one of you be alone, Even as the strings of a lute are alone though they quiver with the same music. Give your hearts, but not into each other’s keeping. For only the hand of Life can contain your hearts. And stand together, yet not too near together: For the pillars of the temple stand apart. And the oak tree and the cypress grow not in each other’s shadow.” ― Kahlil Gibran, The Prophet

I also came to realize what Anne Morrow Lindbergh in Gift From The Sea” wrote:

“When you love someone, you do not love them all the time, in exactly the same way, from moment to moment. It is an impossibility. It is even a lie to pretend to. And yet this is exactly what most of us demand. We have so little faith in the ebb and flow of life, of love, of relationships. We leap at the flow of the tide and resist in terror its ebb. We are afraid it will never return. We insist on permanency, on duration, on continuity; when the only continuity possible, in life as in love, is in growth, in fluidity – in freedom, in the sense that the dancers are free, barely touching as they pass, but partners in the same pattern.

The only real security is not in owning or possessing, not in demanding or expecting, not in hoping, even. Security in a relationship lies neither in looking back to what was in nostalgia, nor forward to what it might be in dread or anticipation, but living in the present relationship and accepting it as it is now. Relationships must be like islands, one must accept them for what they are here and now, within their limits – islands, surrounded and interrupted by the sea, and continually visited and abandoned by the tides.”

And finally, I whole-heartedly embraced what Madeleine L’Engle in “The Irrational Season” wrote:

“To marry is the biggest risk in human relations that a person can take . . . . If we commit ourselves to one person for life this is not, as many people think, a rejection of freedom; rather it demands the courage to move into all the risks of freedom, and the risk of love which is permanent; into that love which is not possession, but participation… It takes a lifetime to learn another person… When love is not possession, but participation, then it is part of that co-creation which is our human calling, and which implies such risk that it is often rejected.”

My husband and I celebrated our 43rd anniversary last week. Here’s what I’ve learned about lasting love:

That marriage is a journey, not a destination, and the way will be hard, and filled with obstacles and challenges and heartache. That real love is not “true love.” It’s not a given. It doesn’t come ready-made. You have to fight for it, you have to work for it, you have to shake it out from time to time, and mend it and keep adding stitch after stitch, row after row, if you want to make it big enough and strong enough to last a lifetime.

Loveliest of all are the stitches we are still sowing day by day, moment by moment, hand in hand, together.

I will end this series of posts on love and marriage with the last love poem I wrote my husband, a few years after our marriage had almost ended.

It is a simple, playful poem, meant to please a man who is not a lover of poetry, but loves the woman who writes it.

To Dale, On Our Twelfth Wedding Anniversary

Sometimes you ask me if I really love you,
Like the answers hid behind a lock and key
You are my love and all the world must know it
For it’s scattered ‘cross the land and half the sea.

There are winds and waves much sweetened by our pleasure,
Rocks and sand well smoothed by hips and thighs,
Grass that grows much greener from our nearness,
And trees that rustle still with sated sighs.

If you climb a certain stream that flows near Big Sur
You’ll find a rock well made for lying on,
It knew our love before it was made sacred
And longs to feel our lover’s urge again.

While high along the rugged spine of Baja,
Where boney cliffs fall far to find the sea,
We saw the world stripped bare of all but beauty
And we alone like Adam and his Eve.

The moon once tipped the hills beyond Coyote
And laced Conception Bay with fluorescent light,
We swam out naked through those silken waters
Where you would me round your hips and held me tight.

And cupped within the palm of Virgin Gorda
Lies an island and a secret, sandy cove,
Where we waded from the sea like mating mermen
And stretched upon the sand to prove our love.

The wind once made an early morning visit
As we rolled upon a hook in Carib Bight,
While sweeping down the hatch it caught us naked
And added its cool breath to our delight.

Now wind and sea and rock and tree can tell you
The answer that you say you do not know,
You are my love and all the world’s a witness
For its sung wherever winds and waves do blow.