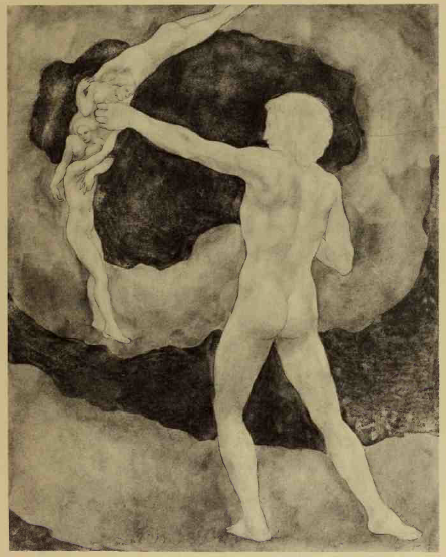 Your children are not your children.
They are the sons and daughters of Life’s longing for itself.

They come through you but not from you,
And though they are with you yet they belong not from you.

I first read these words from Kahlil Gibran’s The Prophet when still in high school, a child myself, although I did not see myself that way. His words moved me then, even as they do now, so many years later, when I am raising a granddaughter.

Then I truly was “life” in its earliest stages “longing” for the life that was to be, that stretched out before me in what seemed an endless and exciting unknown potentiality.

I didn’t want to be hemmed in by the hopes and expectations of my parents, nor by their fears and warnings. I didn’t want to “learn from their mistakes,” as they cautioned me. I wanted to live my life as an adventure, learning from my own mistakes, not theirs. My life was my own and no one else’s. I wanted to risk all, moving at my own direction, and good or bad, I alone would take responsibility for the life I chose. Such were my longings then.

So I found Gibran’s  parenting advice immensely inspiring,  both for myself as I was moving beyond my parents into adulthood, and also for the kind of parent I wanted to be to my own children.

He goes on to say:

You may give them your love but not your thoughts,
For they have their own thoughts.
You may house their bodies but not their souls,
For their souls dwell in the house of tomorrow, which you cannot visit, not even in your dreams.
You may strive to be like them, but seek not to make them like you.
For life goes not backward nor tarries with yesterday.
You are the bows from which your children as living arrows are sent forth.
The archer sees the mark upon the path of the infinite, and He bends you with His might that His arrows may go swift and far.
Let your bending in the archer’s hand be for gladness;
For even as He loves the arrow that flies, so He loves also the bow that is stable.

Now, as the mother of a grown son and the guardian of his child, The Prophet’s words still move me . . . and admonish me.

How I wish now my son had heeded my warnings, and that they had been louder and clearer. How I  wish he had chosen paths more safe and sane, had lived up to all the potential I saw in him then and see still.

But those are my fears, my regrets, not his. I must loose him and let him go, and see the direction in which he flew as his own choice. It was never mine to make or change or regret. I had longed when young to make and learn from my  own mistakes, and so must he. But that learning is his alone to make or forsake in his own good time.

As for his child, my little granddaughter, she too is an arrow who will fly beyond my bending, beyond my ability to see or guide her life’s flight. Will my warnings to her be louder and clearer? No doubt. Will she heed them, or long to learn from her own mistakes, as I had, as her father must? We shall see.

She, as her father, is in the Archer’s hand. And I must trust, trust, trust that each will reach that mark upon the path of the infinite toward which the Archer aims with gladness. They are, after all, Life’s sweet longing for itself.