Pierced by the Morning Light, by Rick Stevens

Some of us are always seeking a path beyond ourselves, beyond articulation. It’s not escape. It’s the opposite of escape. Its entering the present moment so fully all boundaries fall away.

Beyond articulation, beyond words . . . and yet poetry is often the way we savor those moments. It becomes the latch that allows us to re-enter that rare space.

I’ve written about these moments in the past and shared some of the poetry that rose like mist in the aftermath, capturing the essence, if not the thing itself.

Here’s one I wrote and shared in Wheeling Away on the Isle of Pines, slightly altered. If you’ve had such moments too, or know poetry that takes you there, please share below.

A Path Beyond (Ilse du Pins)

Rising, falling,
tree by tree,
lanced by light
through streams of leaves

Breathing pines
that breathe in me
like heady wine
flowing, free

Green above
and green below
no in, no out,
no high no low

Winds are water
everywhere
I walk on water,
float on air

Drifting mindless
round the bend
bursting out
bursting in.

Other posts that savor such moments:

Taste and See, I Am Spare 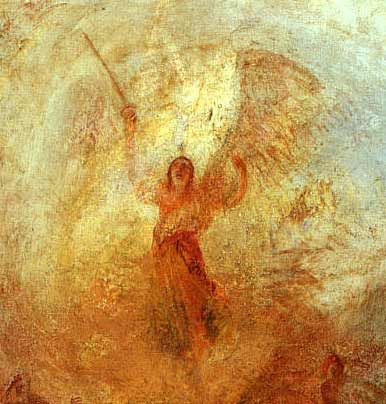 This has become my mantra in recent months: ‘Truth and Love wins.”

It’s what gets me through the day when I would despair against the chaotic events unfolding in our national and world affairs. And on the home front as well, as my son faces a vicious custody battle. It’s what boosts my spirits and keeps me on a steady course moving forward.

I also firmly believe that “love trumps hate,” that it outlasts hate and will win the day in the end.

I’ve been heartened to see on the front pages of our news outlets how the truth about those who have committed crimes, whether through political intrigue or money laundering or sexual assault, has come out into the open. Only when lies and secret crimes have been uncovered will justice and healing begin.

It bears out Martin Luther King’s claim that “the arc of history is long but it bends toward justice.” Truth wins. Love wins. In the end.

But in the middle of the fray, all is gray and murky.

When we are in the midst of the battle, feeling attacked, maligned, unjustly persecuted; when our safety and future are threatened; when fear and anger, the desire to retaliate, to hate back, to feel a gleeful satisfaction at another’s downfall, when all this takes over our thoughts, we soon realize that we’re caught up in the same tangled web we’ve sworn to fight against.

That’s how lies and hate work, how they turn would-be champions of love into haters themselves. A hater of the haters.

Allowing these feelings go unchallenged perpetuates the very thing we would fight against. It divides the world into us and them, and no matter which side we stand on in that battle, we are all losers.

We have to watch our thoughts and guard our hearts so carefully, if we would not be pulled inside out and find that we are fighting on the side of hate ourselves, against those we feel have done us wrong or hurt our loved ones.

We all know this. But it’s hard not to hate the haters. What could we possibly find to love in them?

I found something that helps me with this. I was told: “You don’t have to love them. You just have to love. You watch your thought and guard your heart so only love enters.

In that frame of mind, feeling compassion for the hater comes naturally. How could we not feel compassion for someone who seems so helpless to fight against a hatred that hurts them far more than the one it’s directed against?

In that frame of mind, I can turn that gleeful sense of self-righteousness into simply gratitude for good. Gratitude for the fact that the lie is exposed, the crime revealed, justice is done, and now reformation and healing can take place.

What I’m learning is that none of us are spared of the temptation to hate, to be greedy or deceitful or dishonest for what we see as a “righteous cause.”

What I’m learning is that the warfare with “evil” as we see it is not really fought on the outside with the other. It’s all on the inside, with ourselves, our own thoughts, our own hearts. That’s where the battle against hate and deceit is fought and won.

These lessons are not new. They are as old as time The wise among us have been telling us forever to “love our enemies,” to “turn the other cheek,” to “be the change we want to see in the world.”

It sounds simplistic and idealistic until we actually try to do it. Then we discover it’s the most difficult war we will ever have to wage, right in our own hearts.

And we also discover what Martin Luther King meant when he said:

“I have decided to stick to love. . . Hate is too great a burden to bear.”