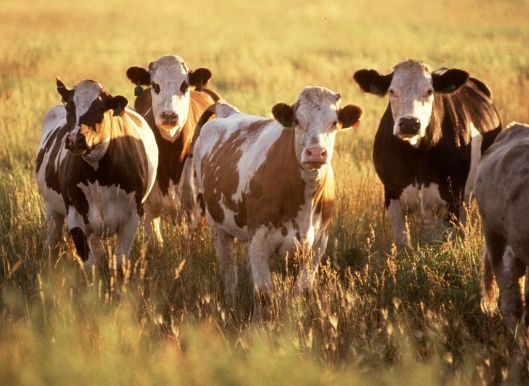 Serendipity, it’s sometimes called. Those happy coincidences that lead to some unexpected pleasure or insight. Or synchronicity. Those meaningful encounters that, touching tangentially upon something you’ve been musing upon, spark a new way of thinking about it. Then off you go, riffing on the topic the way jamming jazz musicians will do.

Here’s how it happened recently. I was grazing on Twitter and found a link to an essay that sounded interesting, taking me to new site called The Toast. The essay that drew me there did not pan out, but I found a link to something else that sparked my interest: “Some: Poetic Essay” by Julia Shipley. So I went there.

Now the essay starts out talking about horses and cows and the poets who write about them. Normally I’m not much interested in barnyard animals, but once when I was looking for a particular poem by Hayden Carruth, I came across his “Cows at Night” which I loved so much I blogged about it. (Another example of serendipity.)

Hoping that Shipley’s essay on cows might provide a similar unexpected pleasure, I continued reading. That’s when I came across these lovely lines and immediately tweeted my pleasure to others.

“The names of the herd tell a story, the way a group of stars makes a constellation.”

As I continued reading, the essay took an interesting turn, morphing from a mediation on cows, to a mediation on men, or on prospective husbands, to be exact.

A line about how some couples “pull together” in a marriage “like a pair of horses working in a synchronized pace” caught my attention. I’d been musing a lot lately about marriage, how it goes through different stages, and how while my husband and I still pull together in the same direction from time to time, more often than not we wander off in different directions. It’s becoming apparent how little we have in common.

While we both took early retirements, and we’re both home bodies, we seldom see each other and do little together. We eat at different times mostly, take walks at different times, swim at different times. We watch different shows on TV and pursue separate hobbies. Our paths cross only intermittently throughout the day, and while those crossings are pleasant enough, they are usually unplanned.

Sometimes I worry about us. Our marriage. Do we spend too much time alone? Is this healthy? Should we try to find ways to spend more time together? But then I realize: I’m quite content this way. As a writer, I like having time to myself. I like knowing he doesn’t need me or feel neglected when I’m off by myself. We’re alone, but not lonely.

I’m coming to think of us like the lines in a sparse drawing. We rarely touch, but we cross now and then, and our crossings shape our days and our lives and fills up the space that surrounds us in meaningful and comforting ways. Spare lines and plenty of white space, but pleasantly so.

Shipley writes about all the men she met over the years and cultivated relationships with, but who never turned out to be the husband she was looking for. She thought perhaps she was in love with the idea of love more than in wanting any particular man.

I wonder that myself sometimes. I like having a husband, I love him deeply, but I’m not “in love” with him. I am, however, “in love.” It’s just not with a man, or perhaps, more truthfully, it’s with so much more than the man. It’s the man and the life and the kids and the cows at night and names like constellations. And the walking and swimming and writing. Just this, right here, right now. Riffing about the things I love.

Her essay ends with something similar:

“Once I approached another heroine, former dairy farmer Gertrude Lepine, who never married or had children, but farmed with her sisters in a Vermont hinterland called, Mud City. I asked if she missed her cows. Her herd was famous, her registered Jerseys attracted buyers from as far away as California when she retired. Sure there were some favorite cows, she told me, But it’s The Land that I love the most.

Yes, I’m in love with The Land too. The Land, and all it holds.

The passage describes Alexandra, who took over her father’s Nebraska farm and coaxed it to glorious success, and who is now a single middle aged woman.

“ . . . she lay late abed . . . luxuriously idle, her eyes closed, she used to have the illusion of being lifted up bodily and carried lightly by someone very strong. It was a man, certainly, who carried her, but he was like no man she knew; he was much stronger and swifter, and he carried her easily as if she were a sheaf of wheat.”

What held her lightly “as if she were a sheaf of wheat” was something so much more than mere man. I feel that way too sometimes. Like I’m being tenderly picked up and carried away. By life. The joy of living. These unexpected, serendipitous pleasures. By the act of writing–taking chance encounters and spinning them into something else, tossing them out into the universe, watching them drop down into a poem, a painting, a song. A blog post perhaps.

Here’s wishing you today many serendipitous pleasures that pick you up lightly and carry you away.