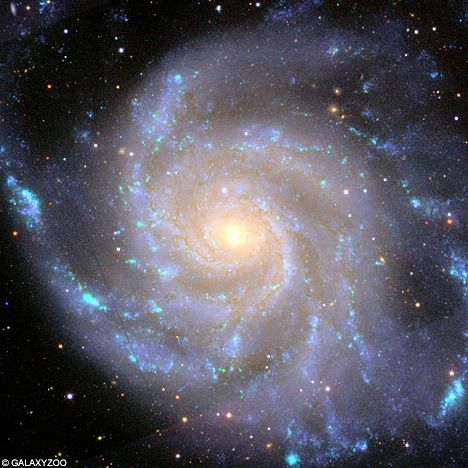 That’s where I am. Where I love to be.

I began a new novel almost as soon as I finished the last. An idea I had entertained years ago kept coming back to me. You may remember a blog post I wrote a while ago about wishing I could find a really good steamy novel that was also a novel of ideas, that had substance and depth. Some of you encouraged me to write one if I couldn’t find what I was looking for, and that stuck with me. You should write the novel you want to read. I’ve always believed this.

I also love long novels set in exotic places that reveal the political unrest of the times. And having spent so much time in the tropics when we were sailing, I’m drawn to that kind of locale.

It all fit perfectly with an idea I had played with some years ago about a young naive girl from California who travels to Central America to find her missing mother (I must get the bottom of all these stories I write about missing mothers!) and gets swept up in a political struggle and the revolutionaries fighting to free their country.

As I began preparing to write, I noticed how similar the process of writing this novel is to the one I wrote last time.

First there’s a germ of an idea, and then the need to anchor it in reality. The need to immerse myself in some aspect of the history, the setting, the geography, the larger ideas that underpin what I’m aiming to write: Research.

I went of a shopping spree and bought Salman Rushdie’s memoir of traveling in Nicaragua during the Contra wars, Smile of the Jaguar. I also bought Blood of Brothers, Life and War in Nicaragua by Stephen Kinzer, a journalist for the New York Times during and after the revolution; The County Under My Skin, A Memoir of Love and War by the poet, Gioconda Belli, who fought in the revolution; and The Essential Neruda: Selected Poems. I already had Tom Hayden’s The Long Sixties, a signed copy I got at a fundraiser I organized years ago. Although my novel will be set in a mythical country along the isthmus, studying the war in Nicaragua would help me get a better understanding of what was going on in the region during those turbulent times.

Next in the process comes the need to discover the names and voices of my main characters. I cannot write a word without that.  This  almost happens simultaneously. The voices must have names to embody them, the names must have voices to bring the alive. The names evoke the voices, the voices evoke the names: Lena and Raoul.

Once I have these, there’s not stopping them. They take over my life. They start telling me their stories and I run and grab a pen. I keep on writing, pages after pages in my notebook and on my computer. I look up and morning has turned to nightfall. It doesn’t matter. They follow me to bed. I sleep with them. I dream them. I wake up writing love poems in their voices.

Then I need at least a vague sense of how the novel will open, how it will close. It may change along the way, but I need this parenthesis to contain my writing and to show me where it’s moving. They tell me.

When I have the beginning and the ending, keys scenes in between emerge. I write them down quickly before they disappear. They may change over time, but at least I have key points upon which to hang my novel.

By then my characters have become real to me. They have flesh and bone, names, voices, histories. They have deep, deep urges, conflicting desires, inner and outer struggles, a sense of transformation.

It’s like watching a miracle unfold. How they seem to come from nowhere, out of thin air, then suddenly they are breathing bodies, passionate, possessed.

This miracle of the white, hot flow of words.

Next comes the need, for me at least, to discover the title for this novel, something that embodies both of their stories and what happens to them.

I need a hook, like I did with From the Far Ends of the Earth. Whenever I felt I was becoming lost, a bit overwhelmed, unsure about where the story was going, how to proceed, if this fit or that should be cut, I went back to the title, which embodied my main theme. Then I knew.

The title was a thematic blueprint for what I wanted the book to be. The impact I was after. A book about gathering up and bringing home all the lost parts of ourselves and our families.

So I searched for something like that, some touchstone that would lead me back to that germ of an idea I began with. The point around which all else revolves. And I found it: This Sea Within.

Lena, a California girl, a surfer in love with the sea, restless, passionate, caught up in the turmoil of her times, the Sixties, travels to a mythical country in Central America where her mother was born, searching for the woman who abandoned her, but finding instead a people and culture and land that feels like home, like a part of her lost self. And there she meets Raoul, the leader of a band of revolutionaries whose base camp is on a remote stretch of the sea. And well, you can imagine the rest.

But this is also meant to be a story of ideas, of the tension between a life of contemplation and the life of an activist, the urge to save and savor the world at the same time. It’s about the tensions between a huge, powerful county and what it sees as its smaller vassal states below its border. It’s about the need to find purpose and place in one’s life, to serve a cause greater than one’s self. And it’s about how poetry and art can keep the spirit alive when the world we live in is bathed in blood, figuratively for some, and literally for others.

It’s also about the cycle of time, this never-ending (r)evolution that creates the ever-changing world we live in. It’s about the slow march of history, whose arc is indeed long, but hopefully, must, must, bend toward justice.

This Sea Within. The restless times from which great movements and revolutions are born, and two lovers caught up in that turmoil. That pretty much sums up what this book is meant to be. For now.

It’s all subject to revision.