By now you’ve probably seen the stunning new images from the Webb Space Telescope, which takes us 13 billion years back in time. That’s 8 billion years before the Earth was born. We stand here now looking back at a time before there was ground to stand on, or a human consciousness to see or grasp anything at all. We are looking at a speck of sky no bigger than a grain of sand, they say, yet filled with millions of galaxies and trillions of stars, and who knows how many planets or moons or intelligent life-forms looking back. Only they wouldn’t see us. For we don’t exist yet.

It’s mind-boggling. And certainly puts the turmoil we’re experiencing here on Earth into a new perspective. No less urgent or relevant for our fire-fly timespans. But it points us away from the personal and relative “here and now” into one that is infinitely larger than our selves and the tiny blue marble we call home. Our “here and now” encapsulates not only the present moment but the “here and now” 13 billion years ago. We are the link that spans that distance through time and space. Our consciousness. Mine. Yours. Now. Enfolding all that. Surely it means something significant.

When we turn the eye inward rather than out, into the micro-universe of atoms and particles swirling inside us and everything that exits, we grasp a new paradox. Quantum physics has shown us that those inner worlds at the most infinitesimal level exist only as clouds of potentiality rather than as concrete substance. These clouds of potentiality only become “real”—that is, fixed in time and space—when observed. Unseen they exist only within a hazy realm of the possible.

In comparison to the infinite universe swirling around us and inside us, we humans may seem pathetically insignificant. Not worth a mention in the footnotes of atomic and astronomic legers of Science. And yet we seem to play an essential and outsized role.

Without the human mind to grasp the universe there would be no universe to be grasped. Our bodies may have been evolved from star-dust. But it’s our minds, our own conscious grasping of such, that moves “star-dust,” and all else, out of the realm of the potential and into the realm of the real.

Such is the circular and utterly paradoxical wonder of a world we live in.

I am both watcher
and watched.
The woman walking in her garden
and the one watching her walk.
Two halves, back to back.
Both named and namer.
I am the cat in Schrödinger’s box
and the one lifting the lid.

I came across this poem in a notebook I keep and decided to share it.

It wasn’t always so. It’s something I struggled with when I was young. A sense that I wasn’t quite normal, or even quite real. I felt like I was loosely “tethered” to reality. I was in it, but also floating a bit above it at the same time.

It was hard to be in the moment, because I was always standing at the side of myself, watching. It was a bit like trying to carry on a telephone conversation when you hear the echo of your own voice at the same time.

I wrote a short story about that experience called “Fine and Shimmering,” which is how the character Sheri experienced the “tether” that kept her somehow connected to earth, to reality. I blogged about the story in “The Lightness of Being, Unbearable or Otherwise.”

Sheri was always tempted “to take that fine and shimmering thread between sharp teeth and snip it clean through. To drift aimlessly, like the merest wisp of cloud, a lingering trace of dawn, upon an otherwise immaculate sky. Awaiting that final dispersal, into the blue.”

My actual experience of the “twoness” I felt growing up was nothing nearly so drastic or literal. And in the end, I never actually “let go” of it. Instead I settled into it more comfortably by embracing the Zen notion of “not-two.” Now it’s the division between subject and object that seems more ephemeral and “not real.” I wrote at the end of my blog post this:

When that wall of “otherness” disappeared, I felt deeply connected to this ephemeral world. I felt a lightness of being that is “unbearable” only in the sense of being too sweet, too rich, too beautiful “to bear.” And so I didn’t try to hold onto it. I just let it wash though me.

I read an article in Scientific American yesterday called “Does Quantum Mechanics Reveal That Life Is But a Dream?” and discussed it with my husband. Then last night I had a dream in which several strange things were taking place and so turned to my husband, who was also in the dream, and said with amusement, “Maybe that article was right and this really is a dream.”

Only I didn’t think I was dreaming at the time. It all seemed quite real. Until I actually woke up, of course. Now it’s kind of like that old conundrum: Am I a man dreaming I was a butterfly, or a butterfly dreaming I’m a man?

I rather like the idea that we could be both. And perhaps we are, or will be, when this wall of otherness finally does fall away. Maybe there is just “not-two.” Maybe the enigma is all there is. 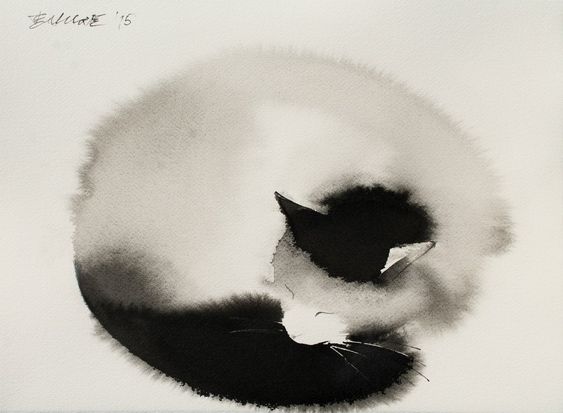