One of my favorite poets, again, swept me off my feet, expressing the inexpressible with perfect eloquence.

And it was at that age … poetry arrived
in search of me. I don’t know, I don’t know where
it came from, from winter or a river.
I don’t know how or when,
no, they were not voices, they were not
words, nor silence,
but from a street I was summoned
from the branches of night,
abruptly from the others,
among violent fires
or returning alone,
there I was, without a face,
and it touched me.

I didn’t know what to say, my mouth
had no way
with names,
my eyes were blind.
And something started in my soul,
fever or forgotten wings,
and I made my own way,
deciphering
that fire,
and I wrote the first, faint line,
faint, without substance, pure
nonsense,
pure wisdom
of someone who knows nothing;
and suddenly I saw
the heavens
unfastened
and open,
planets,
palpitating plantations,
shadow perforated,
riddled
with arrows, fire, and flowers,
the winding night, the universe.

And I, infinitesimal being,
drunk with the great starry
void,
likeness, image of
mystery,
felt myself a pure part
of the abyss.
I wheeled with the stars. 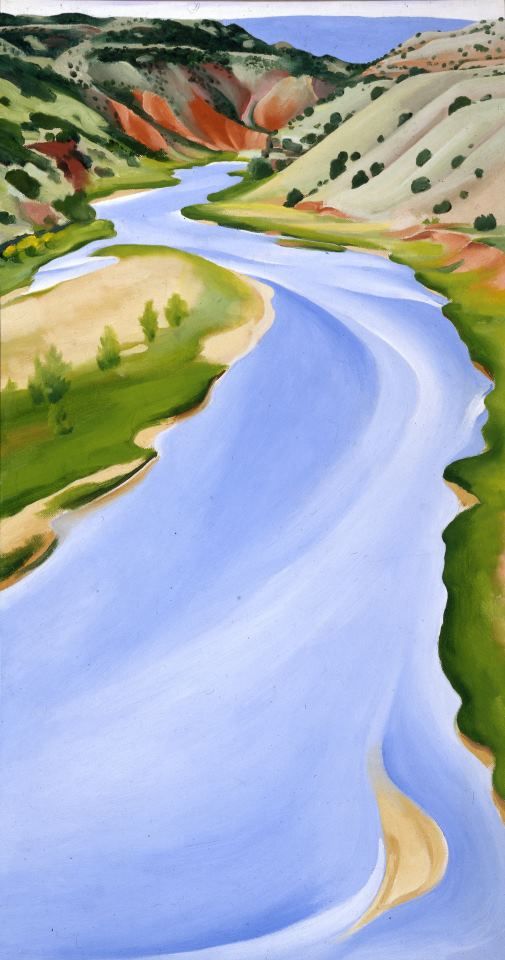 One of my favorite poets, Mary Oliver, died last week. I do not have the words to tell you how much her words meant to me, and so many lovely eulogies have been written already, I won’t try.

But the best eulogies were written in her own hand, or so it seems to me.

She did not shy from death. She studied it, stalked it, even taunted it at times. But mostly she used it as a spur to live more deeply in the moment, to become “a bride married to amazement,” a “bridegroom, taking the world” into her arms.

And finally she let it swoop down to wrap its white wings around her and carry her away to that river of light where she is “washed and washed.”

She lived her “one wild and precious life” with exquisite purpose, and I am certain beyond words her journey will not end.

Who made the world?
Who made the swan, and the black bear?
Who made the grasshopper?
This grasshopper, I mean-
the one who has flung herself out of the grass,
the one who is eating sugar out of my hand,
who is moving her jaws back and forth instead of up and down-
who is gazing around with her enormous and complicated eyes.
Now she lifts her pale forearms and thoroughly washes her face.
Now she snaps her wings open, and floats away.
I don’t know exactly what a prayer is.
I do know how to pay attention, how to fall down
into the grass, how to kneel down in the grass,
how to be idle and blessed, how to stroll through the fields,
which is what I have been doing all day.
Tell me, what else should I have done?
Doesn’t everything die at last, and too soon?
Tell me, what is it you plan to do
with your one wild and precious life?

The poppies send up their
orange flares; swaying
in the wind, their congregations
are a levitation

of bright dust, of thin
and lacy leaves.
There isn’t a place
in this world that doesn’t

sooner or later drown
in the indigos of darkness,
but now, for a while,
the roughage

shines like a miracle
as it floats above everything
with its yellow hair.
Of course nothing stops the cold,

black, curved blade
from hooking forward—
of course
loss is the great lesson.

But I also say this: that light
is an invitation
to happiness,
and that happiness,

when it’s done right,
is a kind of holiness,
palpable and redemptive.
Inside the bright fields,

touched by their rough and spongy gold,
I am washed and washed
in the river
of earthly delight—

and what are you going to do—
what can you do
about it—
deep, blue night?

to buy me, and snaps the purse shut;
when death comes
like the measle-pox;

when death comes
like an iceberg between the shoulder blades,

I want to step through the door full of curiosity, wondering:
what is it going to be like, that cottage of darkness?

And therefore I look upon everything
as a brotherhood and a sisterhood,
and I look upon time as no more than an idea,
and I consider eternity as another possibility,

and I think of each life as a flower, as common
as a field daisy, and as singular,

and each name a comfortable music in the mouth,
tending, as all music does, toward silence,

and each body a lion of courage, and something
precious to the earth.

When it’s over, I want to say: all my life
I was a bride married to amazement.
I was the bridegroom, taking the world into my arms.

When it’s over, I don’t want to wonder
if I have made of my life something particular, and real.
I don’t want to find myself sighing and frightened,
or full of argument.

I don’t want to end up simply having visited this world.

White Owl Flies Into and Out of the Field

Coming down
out of the freezing sky
with its depths of light,
like an angel,
or a Buddha with wings,
it was beautiful,
and accurate,
striking the snow and whatever was there
with a force that left the imprint
of the tips of its wings—
five feet apart—
and the grabbing
thrust of its feet,
and the indentation of what had been running
through the white valleys of the snow—

and then it rose, gracefully,
and flew back to the frozen marshes
to lurk there,
like a little lighthouse,
in the blue shadows—
so I thought:
maybe death
isn’t darkness, after all,
but so much light
wrapping itself around us—
as soft as feathers—
that we are instantly weary
of looking, and looking,and shut our eyes,
not without amazement,
and let ourselves be carried,
as through the translucence of mica,
to the river
that is without the least dapple or shadow,
that is nothing but light—scalding, aortal light—
in which we are washed and washed
out of our bones.