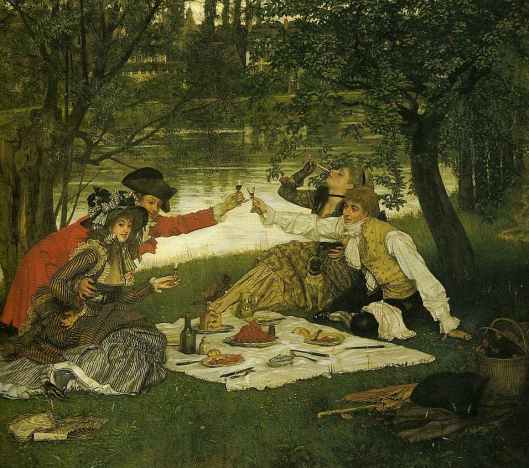 Recently I wrote about blogging as virtual “love-making,” riffing on the new science which defines love as a“micro-moment of positivity resonance.”

But there’s more to it than that, it now appears.  According to an article in The Atlantic, “The Selfish Meme – Twitter, dopamine, and the evolutionary advantages of talking about oneself” by Frank Rose:

“Researchers have previously shown that certain online activities—such as checking your e-mail or Twitter stream—stimulate the brain’s reward system. Like playing a slot machine, engaging in these activities sends the animal brain into a frenzy as it anticipates a possible reward: often nothing, but sometimes a small prize, and occasionally an enormous jackpot.”

Apparently this behavior of constant searching taps into a primal food-hunting drive and the reward we feel when the sought-after food is actually found—it’s matter of survival.

But even more interesting is the discovery that sharing information about ourselves as commonly done on Facebook and on blogs can be even more pleasurable.  It can, in fact, give the neurochemical equivalent of an orgasm, according to an article on the Web site for the Today show “Oversharing on Facebook as Satisfying as Sex?”.

So beyond the reward of the hunt, it seems, is the deeper pleasure of sharing what we have (our catch, ourselves) with others.

In that case, blogging may be a new form of “breaking bread.”

We’ve all experienced the pleasure sharing a meal we’ve created with people we care about, and we know how this stimulates conversations in which we share our thoughts and stories.

In a sense, when we blog, we’re inviting others to our “table,” and sharing the best of what we have to offer that day—our thoughts, insights, images, poetry, memories.  We’re feeding each other and inviting responses.  And, while things we find on other sites may create those deep resonating connections we call “micro-moments of love,” the deepest pleasure comes from our own offerings: sharing ourselves with others. Giving more than receiving.

It all makes sense. Blogging, after all, is about creating community.  Creating bonds of interest, of mutual satisfaction, mutual admiration.

It’s all about connecting.  Hooking up. Taking risks. Being vulnerable and open.

Blogging may not be “orgasmic,” but if you think about it, it’s pretty darn sexy.

This was originally posted in 2013.