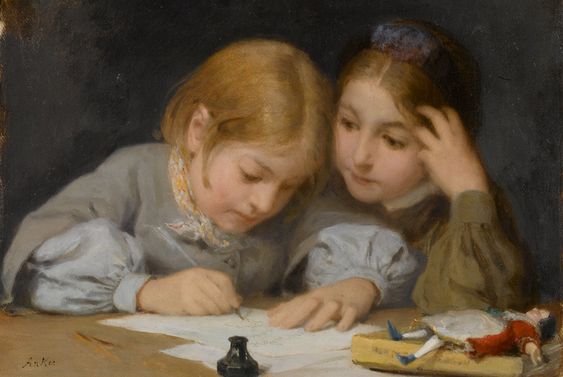 I home-schooled my two children for six years when we were sailing around the world on La Gitana. And now, so many years later, I’m home-schooling my 7-year old granddaughter since schools closed because of Coronavirus.

My daughter was a breeze to home-school. My son, not so much. We tussled from time to time. His daughter is taking after him that way. The other day when she was defying everything I was asking her to do, and then making demands of her own, I was at my wit’s end. So we had the “Who’s the boss?” conversation.

Do you remember that conversation from back in the day? I clearly remember it with my own mom many times, and later with my son. I never cared much for it no matter which side of the fence I was sitting, and yet here I was again, repeating patterns of old. Thinking this will not end well. And wondering, do parents even have that conversation anymore? Is it politically correct? Should we be in negotiations rather than drawing lines in the sand?

Clearly I was having misgivings, but I plunged forward nevertheless. The truth is, my granddaughter probably takes after me as much after me as she does her dad. We are both extremely stubborn.

The conversation turned out about as well as I could hope. The most she would grant me is that “adults” are the bosses of their “children,” but her eyes slid away from me when she conceded it, and her mouth looked doubtful. Clearly she was not going to say that I was the boss of her. She was letting me know this mild concession was solely for the sake of preserving screentime, or anything else I might want want to withhold until I got what I wanted. Not because she really believed it.

Which was fine by me by then. A compromise, of sorts. A truce. I’d take it.

We were both ready to move on. And she did settle down and do her schoolwork.

But later that day she took me aside. She had been thinking about how things had gone sideways earlier that day and she had some suggestions about how we (meaning me) could handle this better next time.

Instead of having the whole “who’s the boss” discussion, I could give myself a time-out, go into my room and think about what was upsetting me so much. I could sit cross-legged on the floor and breath deeply (she demonstrated how). I could play relaxing music of ocean waves on my phone. Or better yet, she could give me a spa day and paint my toenails. Big hopeful grin.

“Now can we go look at photos of newborn kittens on your phone, Grandma?”

I marvel at this child every day.