In the brilliant dark comedy “In Bruges,” a mobster sends his two hitmen to Bruges to cool their heels after a job went horribly wrong. What the two men don’t know is that they were sent there so they could have a beautiful “fairy tale” experience before one partner was ordered to kill the other. Things don’t go quite as the boss had planned.

But he was right about one thing. The film’s brooding, atmospheric cinematography did create a fairy-tale, dream-like veil through which the city’s medieval history, fabulous architecture, graceful bridges, and misty canals are revealed.

In person, Bruges does not disappoint. It was one of my favorite stops on our European adventure and I’d love to see more of it someday. Three days was not enough. There are more cobblestone streets to explore, more art museums to visit, more boat rides down misty canals. More Belgian chocolate, beer, and waffles for that matter.

The city’s many canals, bridges, and swans are favorites, of course. Bruges is known as the Venice of the North, and since I wasn’t able to get to Venice this trip, it made this city even more special to me. 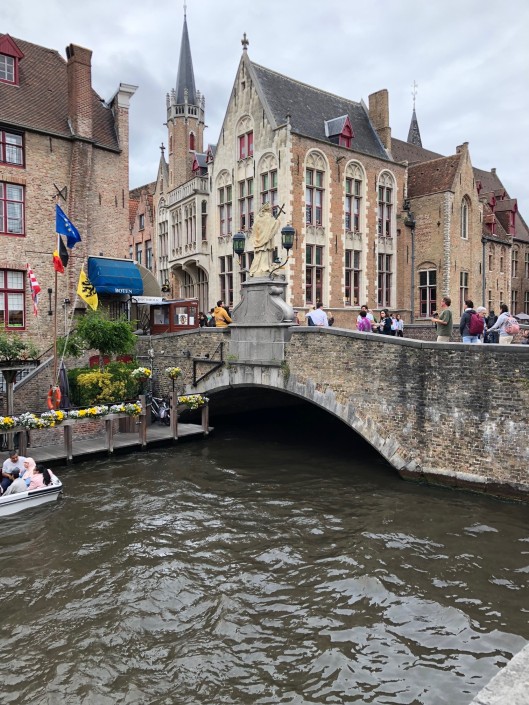 Then there was the history and the architecture! From the quaint little corners of the city . . . 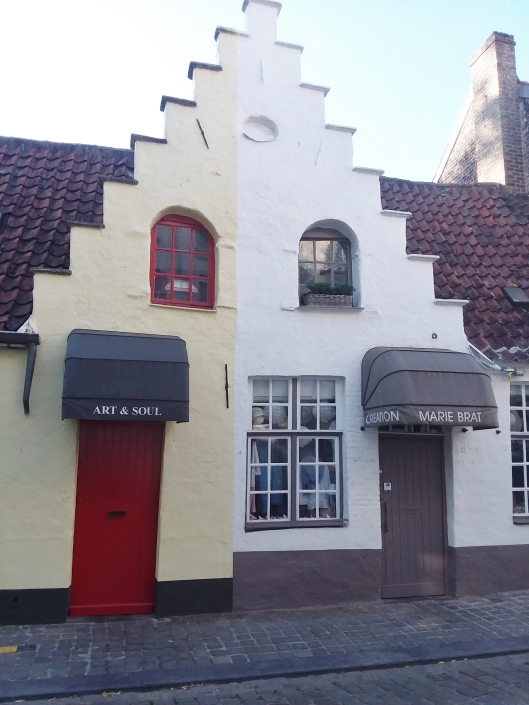 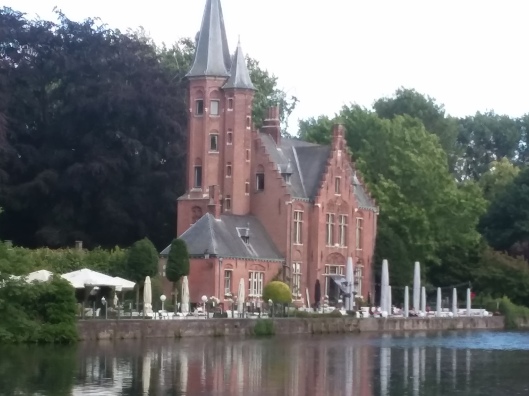 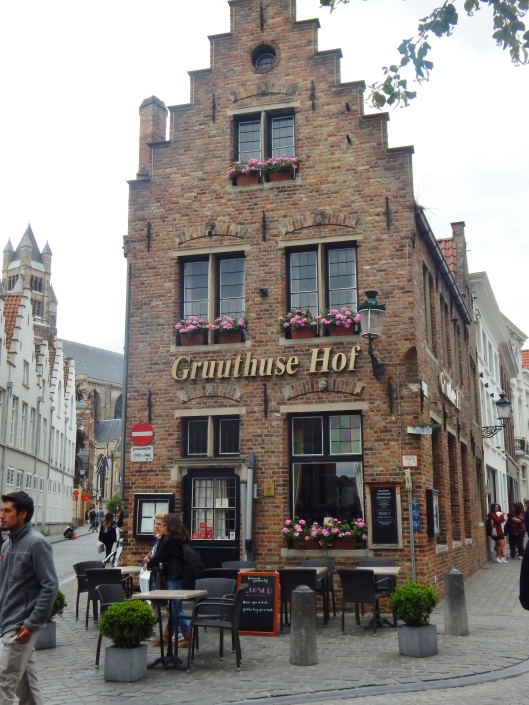 . . . to the spacious and grand central plaza with its flags and cafes, shops and towers. 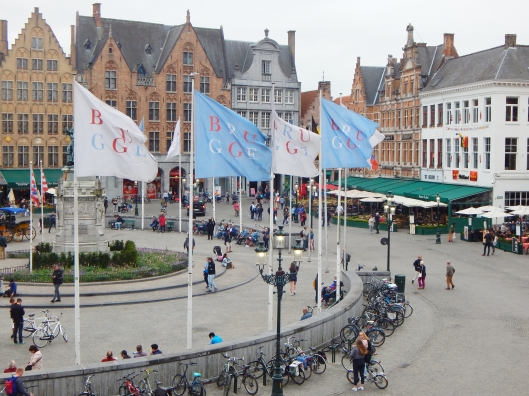 Bruges was full of comic surprises and delights . . . 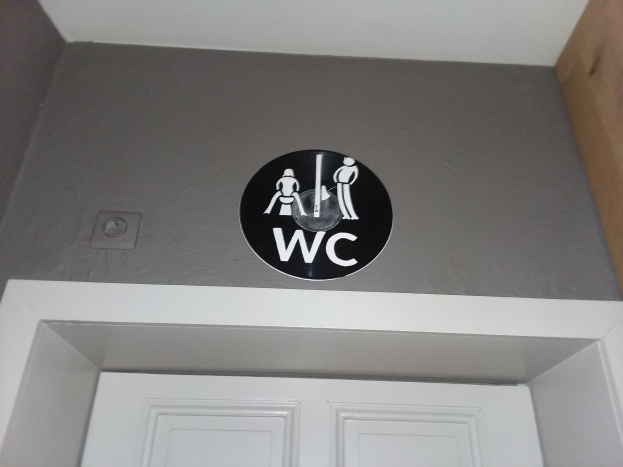 . . . to the intimate peek into a doctor’s office on display outside a ceramic shop . . . 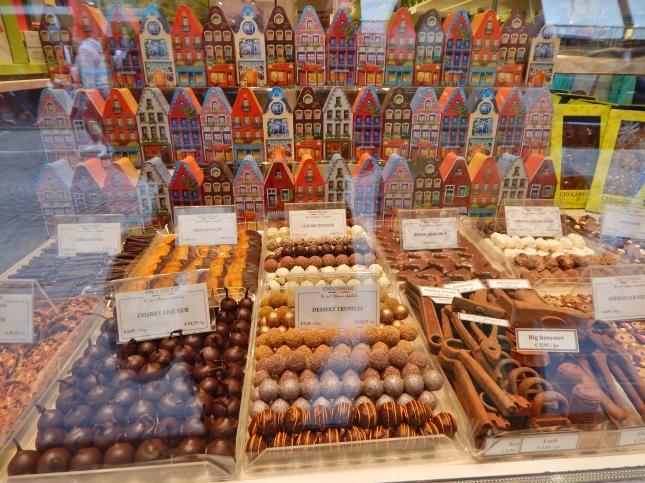 Then there was the chocolate, the waffles, and the beer . . . 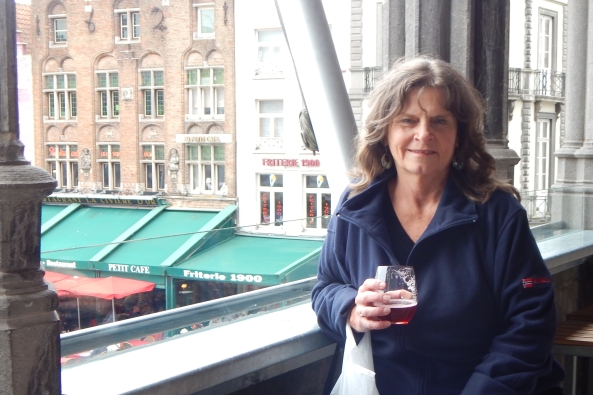 I’m not much of a beer drinker but I did find a fruity blend that suited me quite well.

These were just a few of my favorite memories of this fairy-tale, dream-like city. For more, watch the film, it won’t disappoint.