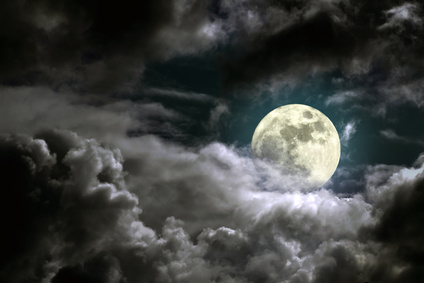 Last October I posted a series of true life tales about the hauntings, ghosts, and demons I experienced growing up, and later when I had children of my own. The first is printed below with links to the others.  Happy Halloween!

While ”intellectually” I don’t believe in ghosts, demons, and the like, I have experienced such. And I cannot deny that the phenomena which I and others–indeed, all known cultures and societies–have laid claim to, are “real.” The reality they seem to have is unexplained, often unverifiable, and usually fleeting and ephemeral. And yet they persist in haunting humanity.

Throughout history, people whom we usually credit with intelligence and integrity have reported ghostly experiences, among them the psychologist Carl Jung, President Theodore Roosevelt, and Sir Winston Churchill, as well as a host of current well-known celebrities, such as Matthew McConaughey, Kate Hudson, and Halle Berry.

I can neither explain, verify, nor dismiss the reality of the experiences that I relate here. I can only state that these things occurred as I remember them, or as others I trust related them to me. And most were witnessed by more than one person.

Our House on a Haunted Hill

When I was a kid “House on Haunted Hill” was my favorite spooky movie. I first saw it a few years after my own family had escaped, just barely, from a haunted house experience. While living there I was not aware of all the horrors that house contained, and only learned the full account when my mother felt I was old enough to learn the truth.

I was eight years old when my parents rented a home set on a hillside in an older, respectable neighborhood in Omaha, Nebraska. The attic had been converted into two rooms, a tiny room overlooking the back yard and garage; and a huge room overlooking the front yard. This larger room had been recently renovated and then abruptly abandoned, it appeared. The high pitched ceiling and walls were covered in a richly varnished, knotty pine paneling. Finely crafted drawers and book cases had been built beneath the eaves. But the floor, made of rough, unvarnished planks of wood, had been left unfinished. And a large reddish-brown stain that looked like a puddle of blood had soaked into the wood. 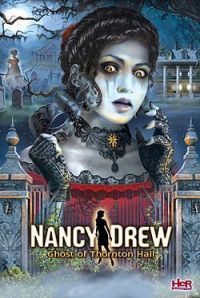 This was my bedroom and I loved it. Being an avid fan of Nancy Drew mysteries, the giant blood stain only added to the allure of the room–that and the trap door on the floor of the walk-in closet. While the door had been nailed shut, I could still probe the cracks with a ruler, detecting steps that led downward—to where, no one knew. My discovery sent chills of delight down my back.

In fact, I was thrilled to have the whole second story all to myself. Even though the second smaller room could have easily accommodated my little brother, my mother made him sleep down below in the tiny room at the bottom of the stairs. She claimed the small room upstairs was “too cold” and used it as a storage room instead. She filled it with unpacked boxes and unused furniture, forbidding me to play there—which, of course, made the room seem even more desirable.

I remember entering the room often to play by myself and looking out the dusty window toward the mysterious barn-like structure that faced the alley. The structure, which could easily have accommodated several cars, sat empty nearly the whole time we lived there, and my brother and I were forbidden to play here as well. It too was considered “too cold” for human habitation. The one time I did enter, my eyes were drawn upward to the high rafters where, through the rotting roof, splinters of light filled with ghostly dust motes fell to the floor. I did not enter again. When some teenage boys wanted to use the garage to rebuild a car, they moved out after a couple of nights, never to return—even though they had paid rent for a full month.

I thought it strange when my mother kept wanting to move me out of my lovely upstairs “apartment” to a room below and I refused to be moved. She kept asking if I was afraid up there all by myself, and I insisted I wasn’t . This was true. I knew what needed to be done to stay safe, although I never shared this with my mother. It was a ritual that I religiously followed. Every night after my mother heard my prayers and tucked me into bed, I would pull the covers tight over my head and stay there until I fell asleep. I knew somehow that no harm would come to me if I followed this ritual. And no harm ever did come to me.

I might well have been very afraid if I had heard what my parents heard at night as they slept in the room below mine.

Often my mother was woken by the sound of heavy, dragging footsteps lumbering across room over her bed, and she would wake my father and make him go upstairs to investigate. At first he did so wearily, thinking she was imagining it. But once he woke early enough to hear it himself and went dashing up the stairs—but nothing was there and I was sound asleep in my bed.

We moved shortly thereafter. That’s when the neighbors told us about the horrible tragedy that had taken place in the house before we moved in. They hadn’t wanted to tell us earlier and scare us away. Apparently the previous owner of the house had murdered his wife in my bedroom and then hung himself afterwards from the rafters in the garage.

If some other tragic event took place in the small room next to mine upstairs—the coldest room in the house–we never learned. Whatever haunted that room did more than drag its feet across the floor or blow cold air down our spines. During our final days in that home, my mother, to her terror, found this out–with no one but my three-year-old brother at home to save her.

15 thoughts on “Growing Up in a Haunted House”