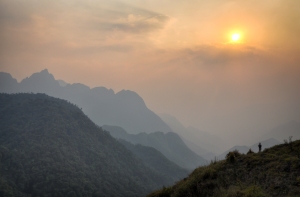 I’ve long been drawn to photos of fog and mist.  Part of it is the feel for the ephemeral and mysterious, things half formed, half hidden.  Emerging from a soft nebulous background but not fully formed.

Things caught in a state of transition, in the midst of becoming what is or could be.  Or slowly dissolving back into mere mist or shadow, what was or could have been. 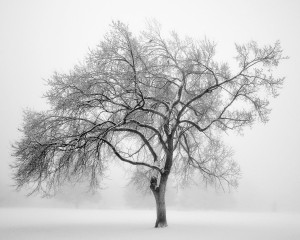 Some of my fascination has to do with the contrast between the softness and starkness of the images, how things are reduced to their elemental forms the way black and white photos will do.

All but the starkest, darkest trunks and branches revealed while the fog swallows the rest.  All that’s left is the essential, the finely sculpted, restrained and elegant. 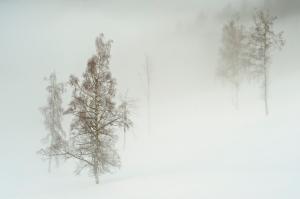 I think photos of mist and fog speak to me because they ring true.  They reveal in stark and dreamy notes how ephemeral it all is, this life we live, the forms and forces of nature. All in flux, in constant motion, emerging and dissolving over and over, without end.

The first law of thermodynamics, so they say, states how energy changes from one form to another, but never disappears. 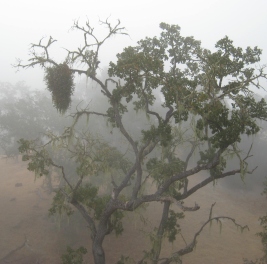 The new fourth law proposed by some scientists is still uncertain, but moving toward the emergent, a law of motion where things are constantly pushed to the edge of chaos and the brink of “perpetual novelty,” an immense field of endless potentiality.

I see that too in these photos.

At noon in full summer, in the bright sunshine, with all our leaves shimmering, richly detailed, brimming lushly, dripping with  color, we hold life firmly in hand, our hearts aching with joy, with the pure bliss of being, and we think we will last forever. 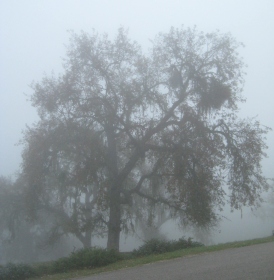 But when the day is in transition, at dawn or dusk, emerging from darkness or drifting toward it, when mist or fog hides all but the faint essential lines of life, we see a starker and at the same time softer reality.  But just as beautiful, and just as enduring.

For what could be more constant and eternal than the fleeting? 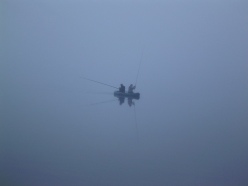 Or that which emerges, fragile and half-formed, from the fertile wombs of earth and stars, seas and seeds, dreams and desires and the lusts of ages that brought us all to the brink of being.

11 thoughts on “Endless Emerging Forms – Photos of Fog and Mist”